Soybeans have more demand for the three major elements of nitrogen, phosphorus and potassium. In particular, soybeans are rich in protein and have a greater demand for nitrogen. Since soybean rhizobia can fix nitrogen in the air, the application of nitrogen fertilizer to soybeans is often overlooked. In fact, the fixed nitrogen of rhizobia can only meet 1/3 to 1/4 of the nitrogen requirement of soybeans. Therefore, to grow soybeans, 60% to 70% of nitrogen nutrition must be applied from the soil. Soybeans should not be applied to basal fertilizer. If the base fertilizer is applied excessively, it will seriously affect the emergence and rooting. The seed fertilizer will also cause serious damage to the radicle and hypocotyl of soybean, and even cause some seeds to fail to germinate. Therefore, the top dressing of soybean is particularly important. According to the growth and development rules of soybean, soybean topdressing mainly captures three periods, one is the seedling stage, the second is the flowering and podging stage, and the third is the grain filling stage.

After the emergence of soybeans, generally when a soya bean bud leaves is unfolded, 3 to 5 kg of urea per acre can be used for top dressing. Green food soybeans are not chased by chemical fertilizers, but chase organic fertilizer. Mushi high-quality fertilizer is 500 kg. If the seedling grows vigorously and there is no shortage of fertilizer, no nitrogen fertilizer or less nitrogen fertilizer may be applied during the seedling period to prevent the plants from becoming long-term.

Flowering and scarring is the critical period for fertilization. It is also the most vigorous period for soybean growth. Application of appropriate amount of nitrogen fertilizer to soybeans 5 to 7 days before flowering or early flowering can promote the formation of carbohydrates and proteins while reducing flowering.èš shed, promote premature, increase production, has a significant effect. Tests have shown that topdressing nitrogen fertilizer at this stage generally increases grain yield by more than 10% compared to no nitrogen fertilizer. Generally about 200-250 kilograms of ammonium nitrate is applied per hectare, or about 130-160 kilograms of urea.

Soybean enters the pod blasting stage, and the root activity declines. The rhizobia's nitrogen fixation capacity gradually decreases, and the ability to sorptive fertilizer decreases. The amount of nitrogen and phosphorus absorbed by soybeans during the grain-blast period accounts for 60% to 65% of the total growth period. The top-dressing fertilizer is applied topically, that is, foliar spray, to increase soybean maturity, increase grain weight, and improve soybean quality. The topdressing of nitrogen fertilizer at the end of the grain filling stage and the end of the cropping stage not only meets the needs of soybean grains, but also does not cause plant growth. Therefore, the grain yield can be greatly increased.

The Slope Elevator very suited for a broad range of free flowing products in grain, food, agriculture, pharmaceutical, chemical industry, such as beans, peanuts, raisin, fruits, vegetables, dry, confectionary, chemicals and Other granules.  The soft belt (see the photo above) and the motor reducer of the slope elevator lead to no damage rate. 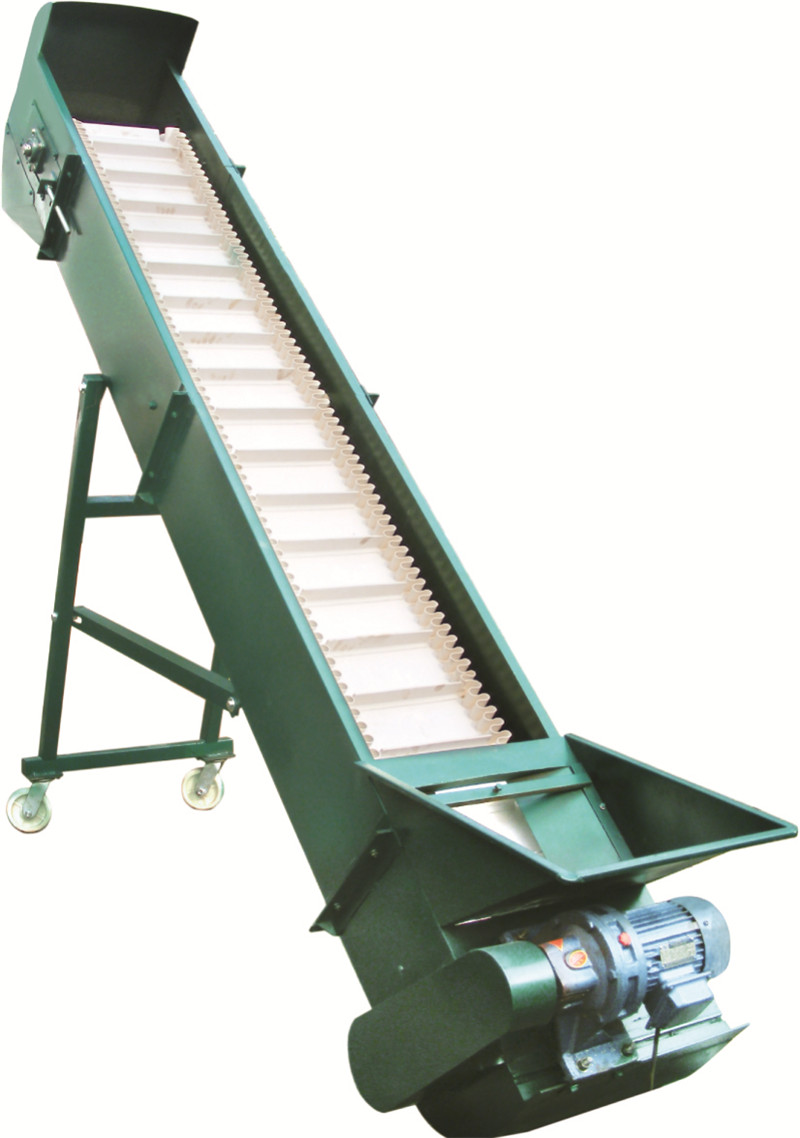