In corn cultivation, farmers often encounter the phenomenon of flowering white seedlings. Its main performance is that the leaves in the 3 to 5 leaf stage are pale yellow to white, or the strips are chlorotic. After corn jointing, yellowish-white chlorotic streak appears between the ribs and leaf margins, forming broad and whitened patches or bands, and even the disappearance of mesophyll. The leaves are translucent, white silk or plastic film. The wind easily tears. Some plants also showed dwarfing of plants and difficulty in extracting leaves. By the time of harvest, the ear of corn showed many traits such as lack of grain, baldness, uneven array of grains, or sparse grains.

The main reason for this is the lack of boron and zinc. In the growth of corn, boron mainly regulates carbohydrate metabolism and plays an important role in protein synthesis, seed and cell wall formation, pollen germination, and pollen tube elongation. After boron deficiency, the crops were pollinated and fertilized poorly. Therefore, corn kernels were sparse and baldness occurred. The role of zinc is mainly to regulate the synthesis of indole acetic acid and the formation of carbohydrates. After zinc deficiency, the growth of maize is hindered, the plant leaves become smaller, and the plants become dwarfed. Zinc also plays a role in many enzymatic reactions and affects the synthesis of chlorophyll. The deficiency of zinc causes white shoots of popcorn, and the photosynthetic rate is only one-third that of normal seedlings. Since zinc also has a great influence on the pollen viability, the lack of zinc will cause corn lack of grain tips.

To solve the problem of insufficient boron and zinc in corn, appropriate fertilizers need to be applied at suitable times. The combination of soil fertilization and extra-root fertilization is generally used. Most of the nutrients absorbed by crops come from the soil. In fields where there is a serious shortage of boron and zinc, it is important to pay attention to soil recharge. 200-400 g of large-grain zinc or thorium granule zinc can be used per mu, and 200-400 g of large-grain boron or boron can be used. At the end of the crop, it is also possible to top-dress the corn at the seedling stage. When fertilizing, it can be mixed with organic fertilizers and compound fertilizers.

Foliar fertilization has quick effects and high efficiency. It can be sprayed with 2000-3000 times solution of kainfeng zinc and 1000-fold solution of kainfeng boron in corn seedling stage and jointing stage. It can also be used for seed dressing with Suifeng Zinc and Pongfeng Boron. Generally, 1 to 2 kg of corn seed can be used for seed dressing per ml of Bengfeng zinc, which has the functions of promoting germination and strengthening seedlings.

Pepper has its powerful antibacterial properties and, if taken with some honey, is a natural home remedy for colds, flu, insect bites and coughs.Jining hongshan trading co., LTD. Is one of the companies specialized in processing and exporting agricultural products and spices.We have modern spacious warehouses that ensure the safe storage of large quantities of products, so we can supply pepper year-round at reasonable prices, timely delivery and flexible payment. 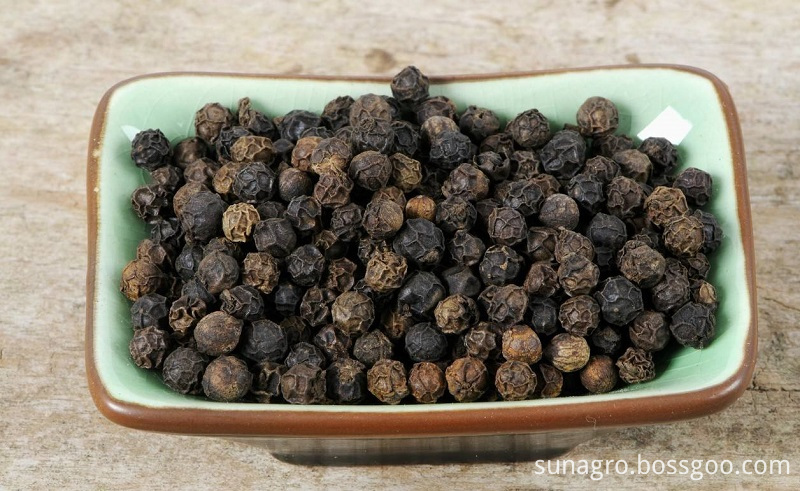