Round type mobile LED Operating Lamp is vertical and movable, with exquisite shape, convenient movement and flexible usage. the mobile surgical lamp is applicable for ENT, urology, gynecology and obstetrics as assisted lighting. it has battery inside, the battery can last long for 8 hours. The mobile round type OT lamp can choose straight arm or tube arm to suit different requirment from the docotors. on the mobile operation lamp base, there has indication light to show battery capacity and AC/DC. The mobile surgical lamp can be used at surgical room also can be used at clinic or beauty center. 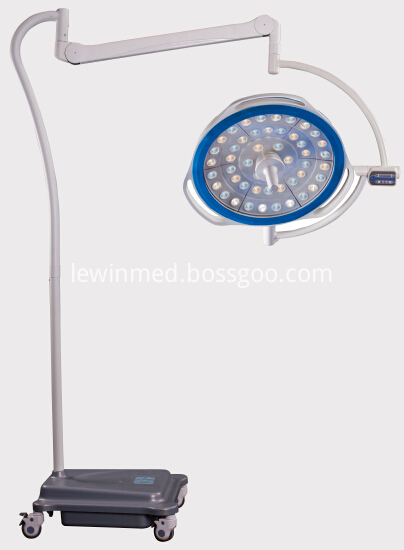